Most Congolese learning to speak English tell me that it's hard to learn English, but I quickly tell them that I think English is easier than most foreign languages, like Spanish, French, or German. I tell them that our nouns are not neuter, feminine or masculine. Therefore, we have only one article, which is 'the'. Whereas in Spanish, you have five articles dependent upon the gender and plurality of the noun. and in French and German, you have three articles each. For example, in Germany you would say 'der Apfel', meaning the apple which is masculine, 'das haus', which is the house which is neuter, and 'die Schule', meaning the school which is feminine. I'm not going to embarrass myself with my poor French, but I must agree that English is difficult because we use the word as a noun, and the same word as a verb, for example, the word 'report' is both a noun and a verb, we can say report, meaning a document, as in a book report, and we can say report, meaning to present yourself formally, as in, "Report to the principal's office." The title of my Congo Minute for Mission today is the minority report back. Not just because the minority report is the name of the 2002 movie, which starred Tom Cruise. I'm reminded of the title to this movie from the story of the ten lepers' encounter with Jesus, In the Gospel according to Luke, chapter 17, verses 11 through 19. Only one of the ten lepers reported back to Jesus. Starting in verse 15, then one of them, when he saw that he had been healed, turned back praising God with a loud voice. He prostrated himself at Jesus' feet and thanked him. He was a Samaritan. Then Jesus says, "Were there not ten that were made clean? but others, where are they? Was none of them found to return and give praise to God except this foreigner?" Then he said to him, "Get up and go on your way. Your faith has made you well." The Majority, the nine other lepers did not report back to Jesus that they, too, have been made clean and healed. The one leper, which was a foreigner, reported back to Jesus to thank him. This illustrates how Jesus cared for the marginalized. These were ten untouchables and ostracized lepers, and at least one of them was doubly marginalized. He was an un-lovingly Samaritan, a foreigner and a minority. The Congo is filled with doubly marginalized people. They are the under educated women, and girls who are treated like second-class citizens, in a male dominated country. Also, they are the sick, without money or access to quality healthcare. And this week I was reminded of the plight of pygmies in the Congo. This ethnic group of people are probably triple marginalized. One: they are a short stature, Congolese of less than 4 feet 11 inches. Second: these rain forest dwellers and gatherers hunters, live without access to healthcare or education. And lastly, these people are victims of violence such as genocide, modern-day slavery, ethnic conflict and a systematic discrimination. Please pray for our Congolese churches as they minister to the needs of these marginalized people, especially the pygmy. Congo Helping Hands will be exploring with our Congolese partner the ways that we can help these marginalized groups. We thank you for your donations of school supplies for the elementary students. The need is great and you still have a chance to make a difference.

This is only a preview. Your comment has not yet been posted.

The letters and numbers you entered did not match the image. Please try again.

As a final step before posting your comment, enter the letters and numbers you see in the image below. This prevents automated programs from posting comments.

Having trouble reading this image? View an alternate.

(Name and email address are required. Email address will not be displayed with the comment.)

via Network for Good 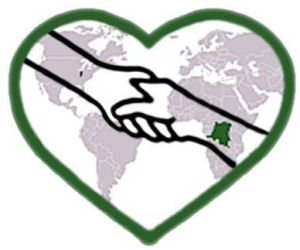